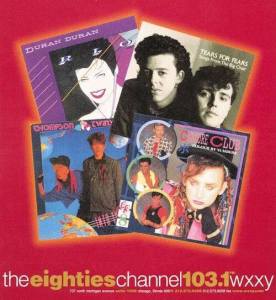 I think I am qualified to give a summary of the 80’s Channel/Chicago sign-on, seeing that I was one of the folks who orchestrated it!

Contrary to popular belief, Big City Radio – not Chancellor Media – was the first company to debut a “Jammin’ Oldies” type format. It was not called “Jammin’ Oldies,” but “103.1FM, Chicago’s Heart & Soul.” They purchased WVVX/Highland Park and WJDK/Morris, both at 103.1 to create the simulcast. Call letters were changed to WXXY and WYXX. Due to a poor signal, and some bad judgment in their outdoor campaign (billboards placed in areas that could NOT receive the station), “Chicago’s Heart & Soul” didn’t see much success. It was definitely a valiant effort, however…with BCR hiring market veterans like Robert Murphy for mornings, and Fred Winston for afternoons.

In late 1998, Chancellor Media flipped WRCX (Rock 103.5) to “Chicago’s Jammin’ Oldies, 103-5 The Beat.” They offered to sell the rights to the entire WRCX format (including name, call letters, etc…) to BCR in exchange for Heart & Soul. BCR declined, and Chancellor did Jammin’ Oldies anyhow. With a full signal from downtown, it was a no-brainer who would prevail. So in early 1999, Chris Shebel (PD of sister 92.7 Kiss-FM) was named PD of WXXY/WYXX. Just as BCR signed on the first Jammin’ Oldies format, they also were the first to sign-on an “All 80’s” format. After about 6 months of planning, Heart & Soul ended it’s format at 12 noon on Thursday August 5, 1999. 24 hours of movie clips & TV theme songs from the 80’s followed. At 12 noon on Friday August 6, 1999…”The 80’s Channel – 103.1 WXXY” signed on the air. Robert Murphy, Dona Mullen & Fred Winston continued in their dayparts, and Jeffrey T. Mason was brought on-board from Kiss-FM as APD/MD and evening jock. Steve Davis from Zapoleon Media Strategies consulted.

What set this station apart from the other 80’s stations that followed (including ABC’s “94.7 The Zone”) was the musical direction and overall presentation. Most 80’s stations programmed a rock or new wave leaning format, with a very Gen-X sound. WXXY was straight down the middle CHR. The classic 1980’s JAM jingles and ballsy Eric Edwards sweepers were also VERY reminiscent of 1980’s Top 40 radio in Chicago.