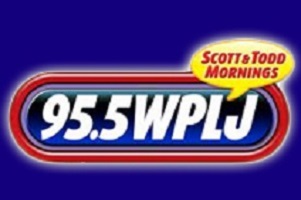 The all-day WPlJ Reunion brought out the big guns for this 12pm-2pm segment. The first hour saw Scott Shannon and the rest of his 101.1 WCBS-FM morning show cast members Patty Steele, Joe Nolan, and Brad Blanks return to WPLJ and reunite with Todd Pettingill for the first time since Shannon exited after 22 years at the station in 2014.

I have the chills listening to @955PLJ today. Tomorrow is their last day on the air. Reunion show all day today. It was my whole childhood, and it’s the reason I am in radio today. So excited to be listening to the people I grew up with one last time. @ajhammer #PLJmemories pic.twitter.com/7VTT1DrHaP