Throughout the 80’s, KZZP/Phoenix enjoyed incredible success, establishing itself as one of America’s legendary CHRs.  According to the station’s Wikipedia page, it “produced a long list of future stars in the radio business”, and offered a music mix that was adventurous for a Top 40 station – as illustrated by the other KZZP montages posted here.

But, by the late 80’s/early 90’s, like many of its peers in the format, KZZP began to struggle.  A combination of changes in personalities, management, and overall pop music tastes led to the station’s downfall.  On Sunday, April 28, 1991, KZZP was replaced by the sound of a ticking clock.  Quoting a post by John Davis on the KZZP Facebook group:

It died later in the day than midnight. A friend of mine did overnights (with the Dave Ryan “guess the change” promo), then it went into public affairs, then they aired AT40. After playing the last commercial break (before playing the #1 song) they jingled into Elton John’s “Funeral For A Friend” and then the ticking clock was on.

Two days later, “Variety 104.7” debuted with Adult Contemporary music — becoming the fifth station in the market to offer that format.

This montage includes snippets of the ticking clock (including embedded announcements teasing the debut of the new station), the sign-on of Variety 104.7, and a promo with sample songs featured as part of the new format.  Many, many thanks to Eric Paul Johnson (also a member of the aforementioned Facebook group) for providing this aircheck (which I personally have never seen listed/published anywhere else.) 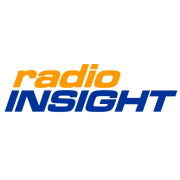