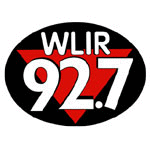 “The World Famous” WDRE/WLIR was one suburban New York’s greatest treasures until its sale to the predecessors of Univision in 2003. The station at one time was home base for a syndicated Modern Rock format known as “The Underground Network” and was heard in such cities as Albany, Little Rock, and Philadelphia. By 1998, the station had returned to its heritage WLIR call letters and settled in somewhere between Alternative Rock and Modern AC, with the tagline “New Wave…and New Rock”.

This montage of WLIR was recorded 15 years ago this week. It features a sample of the station’s “Top 9 at 9” countdown from a Friday evening, and the “Saturday Night Dance Party” (live from a local bar/club) from the night after.